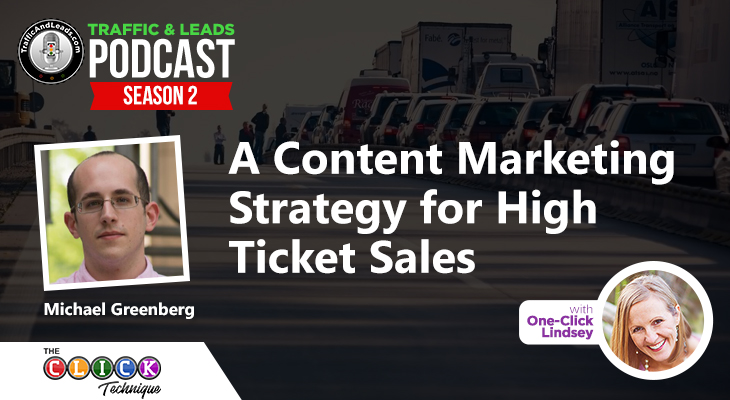 Marketing works in a variety of different ways, and different people have to follow different paths in order to find what their unique success looks life. For example. Someone who’s self-employed and works as their own supervisor follows a different rule set—and has a different skill set—than someone else. And that’s what we’re here to focus on today—what exactly can a business coach do to improve the marketing of small businesses?

Michael Greenberg of Call For Content has all the answers. Michael does content and authority marketing for independent consultants, and today, he shares with us all his tips about how to land high ticket items, as well as how he combines the power of LinkedIn and Facebook to get people’s attention and create rapidly interested audiences. Let’s get started!

Did Michael not have time to answer a burning question you’ve got on your mind? No problem! His social media is listed below, as well as his website, giving you plenty of places to reach out. Michael is a super knowledgeable guy, with a lot of really creative ways to go about getting the quality leads and the targeted audience you’ve been looking for. He’s taught us so much in this interview alone, and we can only hope you come out of this saying the very same!