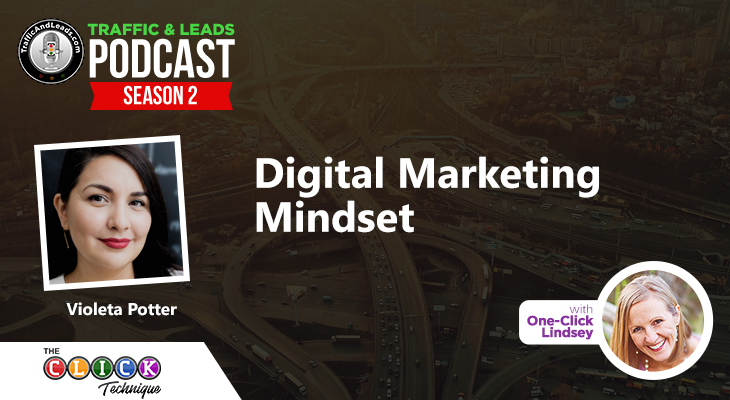 We talk so much about the technological progress that people should be making when it comes to digital marketing—the tips and tricks on getting more traffic and leads, how to successfully create your blog posts, and what you can be doing to ensure that the content you’re curating will bring back what you need from various social media platforms. However, with how much focus there’s been on the business aspect, we don’t usually delve into the mental aspect of being a business owner, and how having the right mindset can drastically affect the things you can do, and what you can get done on a daily basis.

That’s where Violeta Potter comes in! After starting off as a copywriter, Violeta became a quick strategist who specializes in helping people get into the right mindset to be their best self and get their job done as efficiently as possible, while also feeling there best as well! Together, Violeta and I talk about the kind of mindset you need to have when getting into the world of digital marketing, as well as the most common mind traps that people fall into, and how to combat them with your own inner strength. Let’s get started!

Did Violeta not get to answer a burning question on your mind? No problem! You can shoot her an email, or contact her through any of the social media listed above. Violeta has wonderfully inspiring things to say about how you can live your life, and the support she has for herself and for others truly shows in the way she talks!