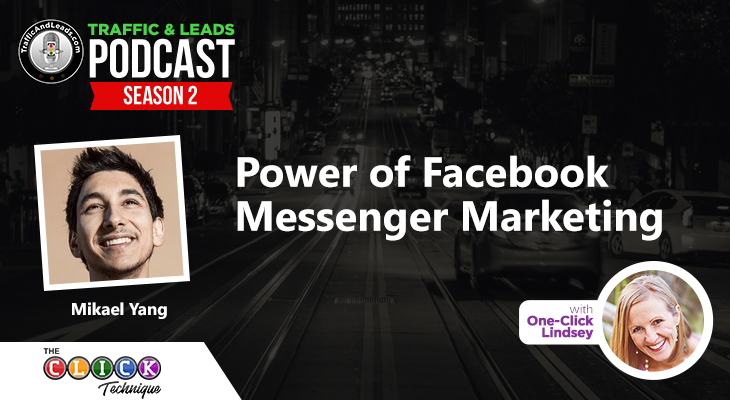 Facebook plays an integral part of our digital marketing experience, and being able to use what’s arguably the most powerful and most popular social media platform to gain an audience for our business is an incredible opportunity! For business owners who’ve used the power of Facebook before, there’s also a large chance you’ve heard of the popular Facebook messenger marketing software, ManyChat! With messenger marketing at the forefront, it’s important to think about where these programs will take us in the future, how we should be using them effectively, and the sort of things we can look forward to with our audiences, and the connections we make.

This week, we’re lucky enough to have the founder and CEO of ManyChat visit us this week, Mikael Yang! Since starting ManyChat, Mikael has found a lot of success and believes that messenger marketing is something we’ll need to keep an eye on over the next 5 – 7 years. He tells us about how ManyChat got started, the things that automated systems can help us with, and what to do when people start cheating the system. Let’s get started!

Did Mikael not get to answer a burning question on your mind? No problem! You can get ahold of him at any of the social media listed above. With how powerful ManyChat is, I think I can speak for all of us when I say that having Mikael on the show to talk about this amazing software and how it will affect the future of digital marketing was nothing short of a wonderful treat!