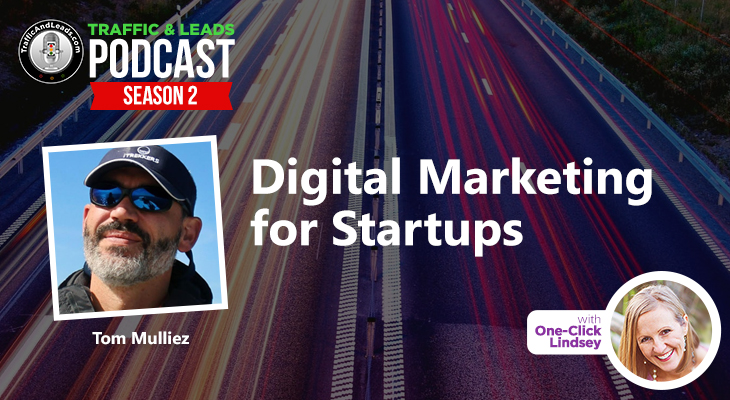 This episode of the “Traffic & Leads” podcast features someone who has spent more than $40,000 per month on online marketing the past year. It’s a dream interview for us, because we empathize with those who launch a new website, product and/or platform and find that the early going can be awfully rough.

However, after a year of taking constant crash courses in such digital marketing areas as Facebook and Google ads, Google Analytics, UI/UX platforms and the like, Tom Mulliez and his website and services at iTrekkers are starting to generate promising results — and they’re seeing a growing number of steady users, particularly in recent months.

Mulliez’ business, iTrekkers, is an outdoor adventure company that makes great memories outdoors through paddling, fishing, camping and hiking tours, which it books through its website. When Mulliez first launched the iTrekkers site in late 2014, he found it to be a “horrendous” experience.

“The first iteration was my complete lack of knowledge in the technology space and UI/UX, as well as coding,” Mulliez recalls. “I made mistakes when it came to picking my digital marketing partners and my coding partners, due to a lack of knowledge. The first iteration was not at all customer-focused — it was more focused on the current user and not the future user we wanted.”

Mulliez says he first started the business with the notion that he was “going to delegate and move on, but what I realized is that when you delegate without checking on, you end up wasting a lot of money.” So Mulliez went to learning, and he relaunched the iTrekkers website in April 2015.

“Obviously,” Mulliez tells us in the podcast, “online marketing was the only way we’ve tried to market what we viewed as an Internet company.” He began teaching himself and trying Facebook ads, pay-for-click ads, organic social, SEO pushes with content, banner ads, and partnerships and affiliate marketing, while also working on building and growing an email list.

“Basically, if there’s a traction channel out there that involves digital marketing, we’ve been it and have been working through that, since the beginning, that’s for sure.”

When it came time to hire some expert advice on such matters as growing SEO traffic, Mulliez would seek bids from people for short-term contracts, hiring the person “who could explain it to me the most.” One hire that proved fruitful was long-term — an “amazing” in-house writer and editor who makes sure the site’s content is king-worthy, Mulliez says.

In the past month and a half, particularly, iTrekkers has witnessed strong results from its digital marketing efforts. Organic traffic has grown from 5 to 15 percent at 135,000 sessions. The bounce rate — or the number of users who don’t click onward — on paid ads six months ago was 85 percent, and today it stands at 54 percent.

Mulliez suggests that others who are launching new sites, products or services first study Google Analytics and read a book he found on Amazon a little later during his foray into online marketing: “Traction: How Any Startup Can Achieve Explosive Customer Growth.”

“You know, digital marketing is just one facet of all the opportunities that are out there,” Mulliez says. “They (in the book) have a component called ‘the bull’s-eye effect’ that basically allows you to dig into the best traction channel for you over a variety of tests.”

Once entrepreneurs have read the book, “Test a variety of different digital marketing for startups, both digital and non-digital, and don’t let your biases get ahold of you,” Mulliez adds. “If someone else is doing awesome on Facebook, test it, but don’t throw all of your marbles into it. It doesn’t mean you’re going to do great job on Facebook.

“Try lots of tests over a multitude of channels and then eliminate what’s not working and double-down on what is.”