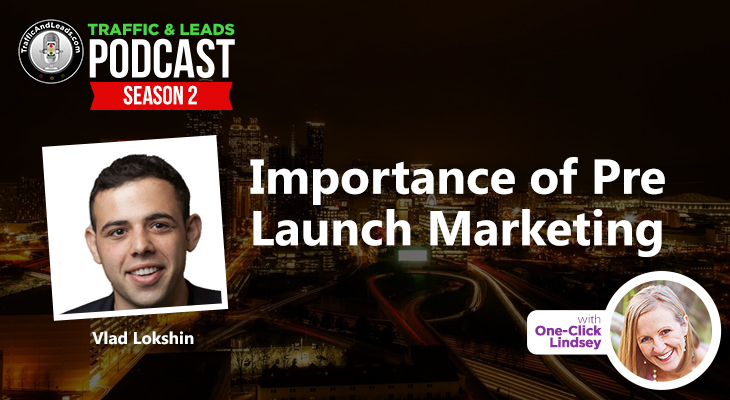 In this Traffic & Leads podcast with “One-Click” Lindsey Anderson, we learn about software developer Vlad Lokshin is most successful and doomed marketing campaigns in his work as chairman of the board of DarwinApps and, more recently, as a co-founder and chief executive officer of Turtle Technologies Inc.

Lokshin also talks about the global diversity that Turtles workforce offers customers with a network of freelancing software engineers who hail from such parts of the world as Russia, eastern Europe and South America, in addition to Canada and the United States.

Lokshin says the most successful marketing campaign in which he took part came a few years ago while he was investing most of his time at DarwinApps, a product development shop that has used a lot of its profits to build its own products. One product it has launched is called, appropriately enough, LaunchSky and it actually took off because of Lokshin and company promoting a totally faked product” online.

“Ironically, we didn’t build the real product,” Lokshin says in the podcast. “I stayed up late one night and put together wire frames of what the product would look like … we totally faked the product actually existing.” However, his enticing visual presentation by working with the frames was clever enough that it immediately attracted users to the Launch Guy site. LaunchSky, Loshkin explains, actually is a like starter site that tries to attract “likes” and users more than it does dollars. The early users started offering much feedback that eventually would lead to development of the final LaunchSky product.

After its launching in late 2012, LaunchSky attracted 3,500 sign-ups in its first week and delivered an actual real product for its users a few months later. Of the 3,500 sign-ups that DarwinApps had generated that first week, 1,000 would be converted to actual users of the LaunchSky product today. Also boosting the launch were reviews and comments received right away at Hacker News and a Twitter post from a major launch companys CEO.

Lokshin devotes more of his time today to Turtle, which matches a network of software-engineering freelancers to its customers through “to-do” lists of sorts. Customers craft a to-do item for Turtle, send it to Turtle for an engineer to work on “and get matched based on skill, availability, and budget,” Lokshin says. The globally diverse workforce, meanwhile, with its inclusion of engineers, has proven to work well in Turtles early going.

“Our model, basically, is to find small towns, close to high-end universities, and find a couple of freelancers there, get them on a platform and get them through a few projects, and then we get the rest of our freelancers through referrals.”

Also in our podcast, Lokshin talks about the differences between Turtle and other similarly conceived companies, such as Upwork. He says Turtle leaves more project management duties to the customer and also is more affordable than others in the pack.

As for what was perhaps his least successful campaign, Lokshin recalls a late 2013 concept on which he worked at DarwinApps called Mighty Send, akin to Intercom and other customer-messaging systems. Working with a highly successful developer, Turtle worked hard on building the product before marketing it, and eventually, it didn’t sell, even though the company had poured about 2,500 engineering hours into the project.

Lokshin says that misguided Mighty Send experience ties back to his favorite success story, the development of LaunchSky at Turtle, in which marketing the product first would produce a winner. “We made some critical mistakes (with Mighty Send). We over-engineered it and we under-sold it and we under-marketed it. … But we also learned some valuable lessons, and those were marketing first, product development second, and then really, really market testing.”