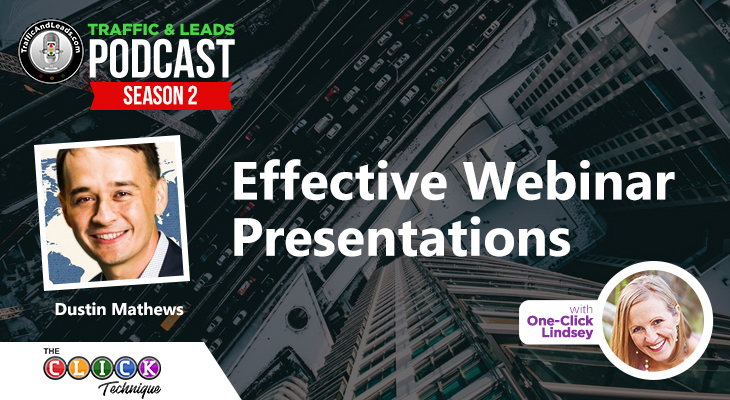 How many of you struggle with public speaking? I know I have! In fact, I think we all have at some point or other. That’s just how it goes until you’ve got some experience under your belt and you can confidently say that you know what you’re doing. So, what do you do until you reach that level of confidence?

Today’s guest is the guy to help you. Dustin Mathews owns a business called Speaking Empire, which is meant to help you enhance your presentations, but more importantly, he wrote a book with Dan Kennedy (yes, THE Dan Kennedy) called No B.S. Guide to Powerful Presentations: The Ultimate No Holds Barred Plan to Sell Anything with Webinars, Online Media, Speeches, and Seminars. So, yeah—Dustin really knows what he’s talking about.

Interested in what Dustin has to say? You can get this incredible book here, along with a ton of resources that go along with the book, and he gives some awesome final advice: whatever your goal is, take one small action a day. You’ll be surprised what you can accomplish!